Pragmatic Competence as A Key Factor in Successful Language Communication

1.1 What is Pragmatic Competence?

Pragmatics consists of conventional rules of language which are manifested in the production and interpretation of utterances. In particular, it helps the speakers analyze the conditions that make the utterances acceptable in some situations. Therefore, lack of mastery of conversational norms involved in production of speech acts may result in breakdown in communication. According to Thomas (1983), a failure in considering these parameters results in the communication breakdown or misunderstanding. Thus, pragmatic competence is the knowledge that speaker-hearer uses to engage in communication, including how speech acts are successfully performed.

In language teaching, communicative competence is defined as the students’ ability to “understand the essential points of what a native speaker says… in a real communicative situation” as well as “respond in such a way that the native speaker interpret to response with little or no effort and without errors that are so distracting that they interfere drastically with communication” (Terrell, 1977, p. 326, cited in Kramsch, 1996). In addition, most of linguists and educational specialists emphasized that foreign language learners often show significant differences from native speakers in comprehending and performing certain speech acts. Kasper (1997) argues that a learner of high grammatical or linguistic proficiency might not necessarily show equivalent pragmatic development. So, for the sake of development of pragmatic competence automatically or sufficiently, instruction in pragmatics is necessary.

To what extent does pragmatic competence affect communicative competence? There is more to second language acquisition than just becoming fluent (Bennett, 1993). Along with language is the inseparable aspect of culture, which means that, in order to achieve communicative competence, language learners need to develop cultural competence as well as linguistic competence. Becoming  culturally competent in two speech communities is just as important an aspect for language learners as bilingualism. In order to appropriately understand a culture and become a member of the new speech community, language learners must develop both bilingual and bicultural competence (Bennett, 1993). In the context of EFL learners, it is necessary for second language learners to also learn the pragmatic and cultural aspects of the second language in comparison with the first language they already acquired. The following is an excerpt of a conversation between two speakers from different nationalities (American (A) and British (B). The American visitor was in London and wanted to pay after he had his dinner):

A: Excuse me, can you give me the cheque, please?
B: Pardon me sir, we don’t accept cheque. We do accept cash or credit cards.
A: What do you mean? I want to pay the cheque. How much do I owe you?
B: Oo, you mean the bill. Of course, sir. Right away sir.

It was obvious that speaker B did not understand what speaker A meant by cheque. A cheque is a means of payment whereas speaker A meant he was going to pay the bill which speaker B understands in this context. There is a different use of words in American and British English which may cause misunderstanding between the two nationalities. In this case pragmatic competence is needed in order to be communicatively competent.

2.1. Some Aspects of Pragmatic Competence

Implicature is a component of speaker meaning that constitutes an aspect of what is meant in a speaker’s utterance without being part of what is said. What a speaker intends to communicate is characteristically far richer than what he/she directly expresses; linguistic meaning radically underdetermines the message conveyed and understood. Speaker S tacitly exploits pragmatic principles to bridge this gap and counts on hearer H to invoke the same principles for the purposes of utterance interpretation (Horn, 2006).

The contrast between the said and the meant, and derivatively between the said and the implicated (the meant-but-unsaid), dates back to the fourth-century rhetoricians Servius and Donatus, who characterized litotes – pragmatic understatement – as a figure in which we say less but mean more (“minus dicimus et plus significamus”; see Hoffmann 1987 and Horn 1991a). There is a good example taken from the verse in the Bible as follows:

1Now there was a Pharisee, a man named Nicodemus who was a member of the Jewish ruling council. 2He came to Jesus at night and said, “Rabbi, we know that you are a teacher who has come from God. For no one could perform the signs you are doing if God were not with him.”

3Jesus replied, “Very truly I tell you, no one can see the kingdom of God unless they are born again.” (The Greek for again also means from above; also in verse 7)

4“How can someone be born when they are old?”Nicodemus asked. “Surely they cannot enter a second time into their mother’s womb to be born!”

5Jesus answered, “Very truly I tell you, no one can enter the kingdom of God unless they are born of water and the Spirit.6Flesh gives birth to flesh, but the Spirit gives birth to spirit.7You should not be surprised at my saying, ‘You must be born again.’(NIV Bible, John 3: 1-7)

In this dialogue, the Pharisee seemed not to understand what Jesus really meant. The phrase “born again” was misunderstood for Jesus did not mean it literally.

Presupposition can be informally defined as an inference or proposition whose truth is taken for granted in the utterance of a sentence. Its main function is to act as a precondition of some sort for the appropriate use of that sentence. This background assumption will remain in force when the sentence that contains it is negated. Presupposition is usually generated by the use of particular lexical items and/or linguistic constructions. Lexical items and linguistic constructions that engender presuppositions are called presupposition triggers. (Huang, 2007).

In daily conversation, presupposition is likely to happen between interlocutors. Look at the following excerpts from the Listening Part of the TOEFL PBT Diagnostic Pre-Test (2007):

A: I’ve just got back from the market.
B: So you did the shopping.

A: Do you know when the papers from Prof Jenkins are due?
B: They’re due next week, aren’t they?

The speakers agree on one thing that the papers are to be submitted. However, speaker B is not really sure about the deadline. He was asking his friend using tag question to make sure whether the information is correct. This kind of dialogue happens quite often in daily interaction. Speaker A presupposed that speaker B knows the information while speaker B is actually not sure about it and he was about to ask his colleague about it. Presupposition is essential in pragmatics and therefore must be taught in order to have communicative competence among the language learners.

When we speak we can do all sorts of things, from aspirating a consonant, to constructing a relative clause, to insulting a guest, to starting a war. These are all, pre-theoretically, speech acts – acts done in the process of speaking. The theory of speech acts, however, is especially concerned with those acts that are not completely covered under one or more of the major divisions of grammar – phonetics, phonology, morphology, syntax, semantics – or under somegeneral theory of actions. (Sadock, 2007)

For example, when someone says, “I pronounce you husband and wife” does not have any significant effect to the interlocutor unless he is a priest or someone who has an authority in doing the speech act. The point of uttering such sentences is not just to say things, but also actively to do things. In other words, such utterances have both a descriptive and an effective aspect. Accordingly, Austin called them performatives, and he distinguished them from assertions, or statementmaking utterances, which he called constatives. Put slightly differently, in Austin’s view, an initial distinction was made between performatives and constatives. Performatives are utterances that are used to do things or perform acts, as in (2.1.). By contrast, constatives are utterances that are employed to make assertions or statements, as in (2.2.).

(2.1.) a. I christen/name this ship the Princess Elizabeth.

Those examples show that different utterances may cause different meaning and interpretation. It is not what someone says but rather who expresses the statement. A beggar on the street may not have an “authority” to say “I sentence you to ten years in prison” while a judge at the court may do so. This kind of pragmatic expressions must be learned by language learners if they want to be successful in the communication skills.

Communicative competence is a term coined by the linguist Dell Hymes(1970). Although there is no one communicative method, the most salient aspects of the communicative approach to language teaching include a focus on meaning, learner-centered curriculum, emphasis on oral, written, and gestural communication, authentic language samples, and purposeful communicative classroom activities (Hymes, 1970, Lee & Van Patten, 1995). It refers to more than just a basic textbook familiarity with a foreign language and results from the combination of grammatical, sociolinguistic, strategic, and discourse competencies (Hymes, 1970). Sociocultural competence is a similar ability referencing a speaker’s pragmatic knowledge and ability to “express messages appropriately within the overall social and cultural context of communication. This includes knowledge of language variation with reference to sociocultural norms of the target language.” (Celce-Murcia, 2007, p. 46). It references the merger of both syntactic competency and the appropriateness of imbedded cultural norms in speech behaviors and patterns (Hymes). This communicative and sociocultural language competence are needed as specific teaching strategies into the language classroom: 1) Create a socially interactive and low-anxiety classroom environment. 2) Incorporate a variety of teaching methods. 3) Embed L2 culture into the curriculum.

As a conclusion, pragmatic competence or pragmatic knowledge is the ability to express meaning beyond language rules. It deals not only about grammar but also meaning. Language learners need to know how certain expressions are used in appropriate English. It is not enough to know grammatical rules without knowing in what situations the rules must be applied. Aside from pragmatic competence language learners especially EFL learners must also learn the socio-cultural aspects of the language(s) they are learning. One can learn English or Japanese at language courses without knowing the context of the language use. It is highly recommended that language courses also teach pragmatics as well as socio-cultural aspects of languages. Schools and universities play important role in endorsing such approach as students learn their basic language competence at school. The revolutionary idea would be combining the three aspects of language learning: linguistic, pragmatic, and socio-cultural competence for any language learners. 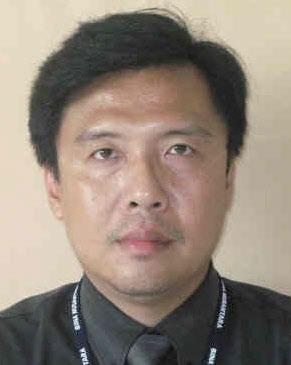