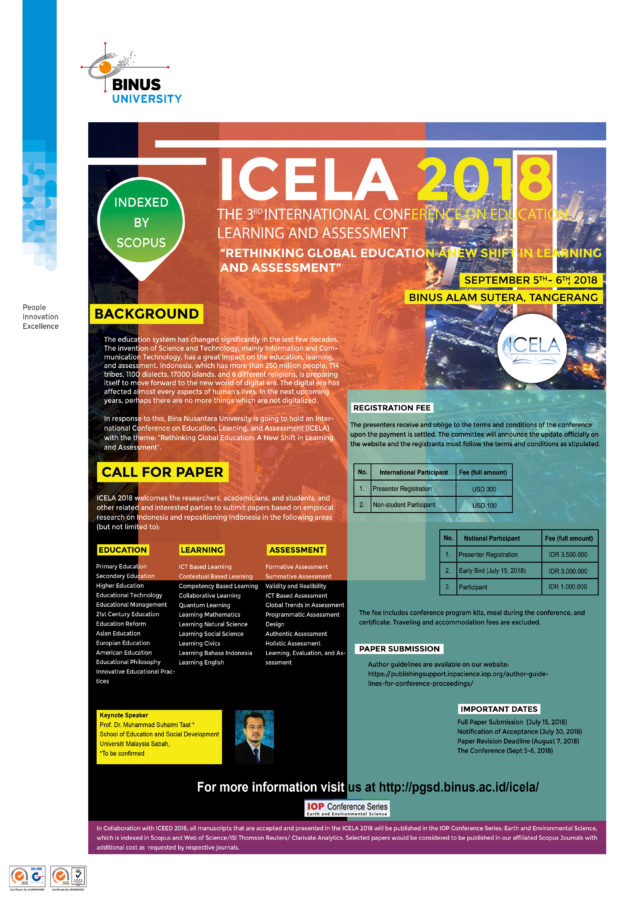 The education system has changed significantly in the last few decades. The invention of Science and Technology, mainly Information and Communication Technology, has a great impact on the education, learning, and assessment.

Schools and universities around the world have to adjust themselves with these changes. The way students learn today are different from the way we learned years ago. Teachers assess differently now compared to our teachers in the past. All of these changes are very much influenced by the invention of internet and the existence of social media. Students learn not only from their teachers but also from many other resources. There is a paradigm shift in the education world.

Science and technology have changed how people live. The digital technology has influenced the way people think, learn, and make decisions. Technology has also changed jobs and lifestyles of people around the world. There are jobs which no longer exist in the next ten years. At the same time, new jobs occur which have never existed before. This phenomena must be responded by teachers and education practitioners in the world.

Indonesia, which has more than 250 million people, 714 tribes, 1100 dialects, 17000 islands, and 6 different religions, is preparing itself to move forward to the new world of digital era.

The digital era has affected almost every aspects of human’s lives. In the next upcoming years, perhaps there are no more things which are not digitalized.

In response to this, Binus University is going to hold an International Conference on Education, Learning, and Assessment (ICELA) with the theme: “Rethinking Global Education: A New Shift in Learning and Assessment” which will be held in Jakarta on 5-6 September, 2018.